We started by shearing Brighid, thinking that since she tends to be the super nervous lamb it might help to have her done before the other girls so she didn't stress out and get more and more aggravated watching the other girls get done before her. Oh boy. Now it seems so obviously silly to get the "easy" one out of the way first! 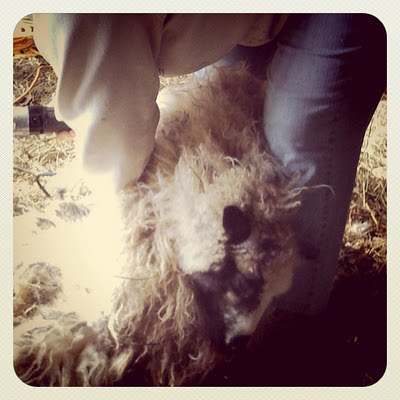 She was so docile! She has a perfect blend of her parents' personalities - personable and curious like her father, and wise and cautious like her mother, and she has such loft and crimp to her fleece! It was like Christmas, seriously. She has grown up so much since Gertrude died, and her personality has finally been able to come through. She's not as skittish and neurotic as I thought she was - she's cautious and sweet. <3 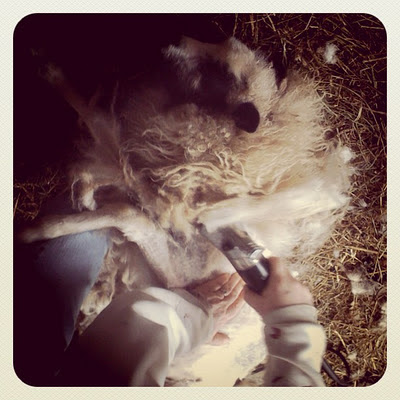 She even handled the less dignified positions with grace. 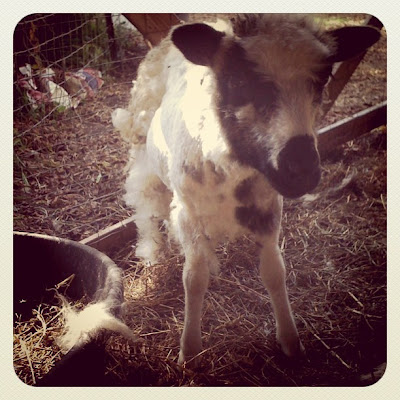 We did let her up part of the way through since she was being so well behaved. Half-shorn sheep look hilarious! 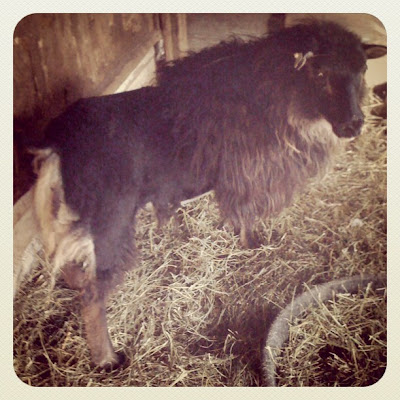 Blair was next and she was, predictably, a fighter. We didn't let her up to rest between positions, she just escaped from us over and over and over. What a turd! She got away from us so many times, and we found the best way to shear her ended up being in a head lock between my calves, braced against the wall. Ugh.
Even if we thought Blair was bad, she was a walk in the park compared to Nance. After trying all sorts of restricting positions for her we found the best way to shear her was gently. We let her stand, and I stood at her shoulder, one hand under her chin and one behind her head, just in case she tried to move. Eventually we had to get her belly, and it was nearly impossible. We finished her with scissors. LOL! 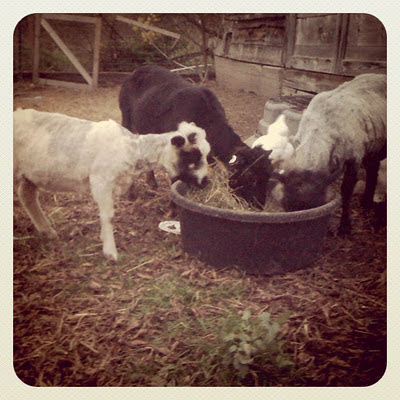 All in all, the day was exhausting and I am pretty beat up. At one point yesterday I was trying to head lock Nance with my legs and she managed to shove through and bolt across the barn with me riding her! I landed on my butt with my elbow naturally in a pile of sheep poo, laughing hysterically.

The sheep are now bald and I have three pillowcases full of beautiful fleeces - Much nice than Gertrude or Ingrid's were. I can't wait to get to spinning this stuff! The sheep will be happy to go out on the grass today. Now that they don't have fall fleeces on them, I don't mind sending them out to the field to find the last few burrs of the year.

Overall I'm happy with their conditions. The older ladies both have just a bit of fat over well muscled bodies, broad backs and wide hips. Brighid is a bit thin, but Laura pointed out she's still growing so her body is sending nutrients to bone and growth rather than layers of fat. She's still decently muscled too so... hooray!
Posted by Emily Jenkins at 6:46 AM