Tanglewood Bakery: The Flour (and it's rich historical origins) 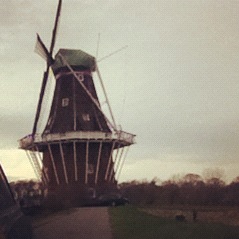 The De Zwaan (meaning the Swan), now standing in the city of Holland, Michigan, has a rich and exciting past. It was first built in 1761 in Krommenie, near Amsterdam, and was moved in 1889 to Noord Brabant. The inspiringly beautiful structure survived wars and natural decay, albeit just barely. In 1964, the windmill was transferred to Holland, Michigan in sore shape. It had been the source of frustration and controversy for the Dutch government much in part due to it's poor condition, and when it left the Netherlands it became the very last Dutch windmill to leave before the government there decided to ban the sale of their precious historical windmills. It is now the only operating Dutch Windmill in the United States.
There have been changes made to the mill over the years. It's original state would've been atop a hill, and it would've been a bit shorter simply because it was placed in an area with excellent winds, as opposed to Holland's Michigan's intermittent mini-gales off of Lake Michigan. Still, the history literally oozes out of it when you step inside. The rich smell of ground wheat permeates the air, even on a crisp autumn afternoon. The interior is a fortified and complicated structure that upon first glance is incredibly overwhelming. Still, as you start to run your eyes across gears and pulleys and levers, you can start to grasp the amazing mechanics of this large beautiful beast of a machine. 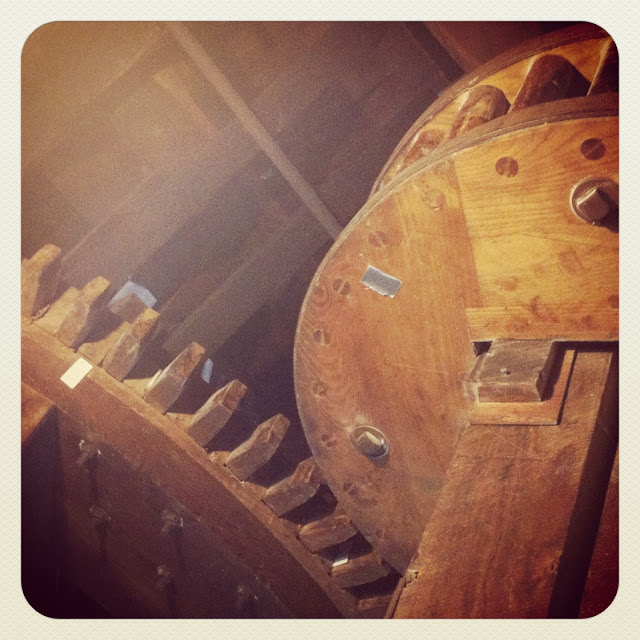 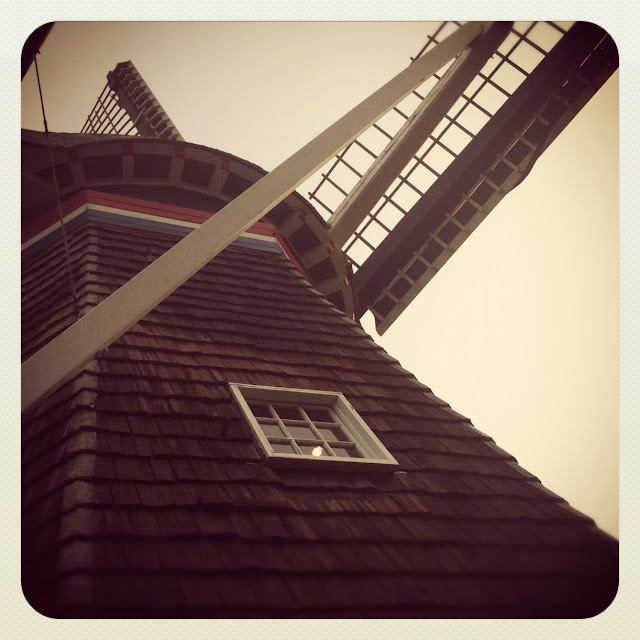 I was so lucky to get a full tour from Alisa Crawford, the miller, and her assistant, Dick. They are both so obviously passionate about the mill that it's no wonder it is so well cared for. Ms Crawford is an inspiration herself. She has worked very hard to become the only certified Dutch miller in the Americas, not to mention the only female member of the Dutch miller's guild. Of course in order to do this, she had to learn to speak Dutch, which is no mean feat. She has been working with various historical mills for much of her life, and the De Zwaan seems to have become her baby. You can feel the very strong bond between the miller and her mill simply by listening to her speak. 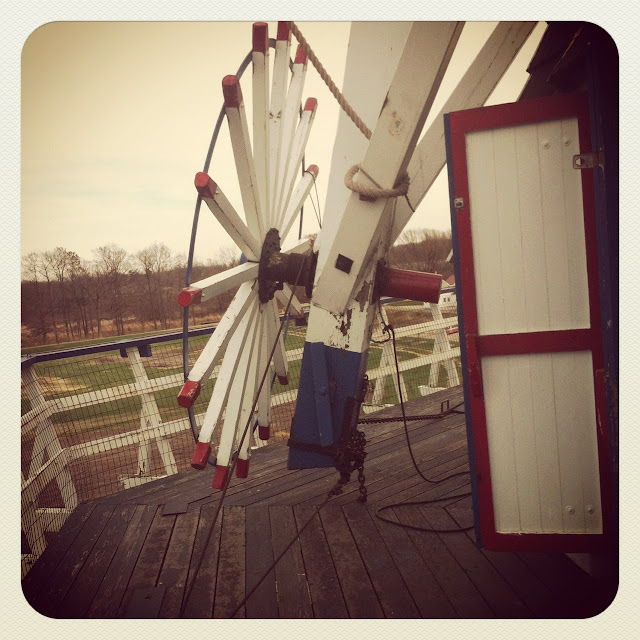 Did you know that the entire cap of a dutch windmill rotates to accommodate changing wind direction? This spoked wheel is how they do it! They walk along the spokes and turn the monsterous cap to face the wind... amazing!
I was so lucky to be able to buy flour ground on this amazing mill for my blossoming bakery business. It's exciting to know that the flour I bake with comes from technology and mechanisms designed 250 years ago. Even more exciting was the "hook up" that Alisa offered me when she discovered I was interested in historical agriculture and modern sustainability. 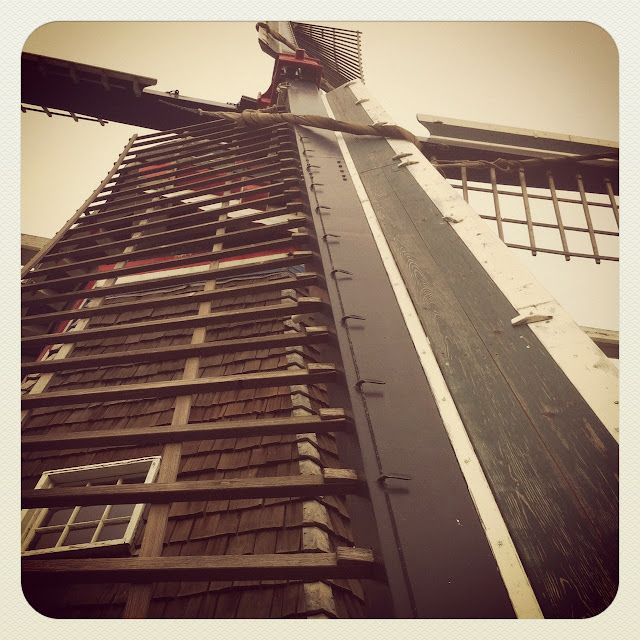 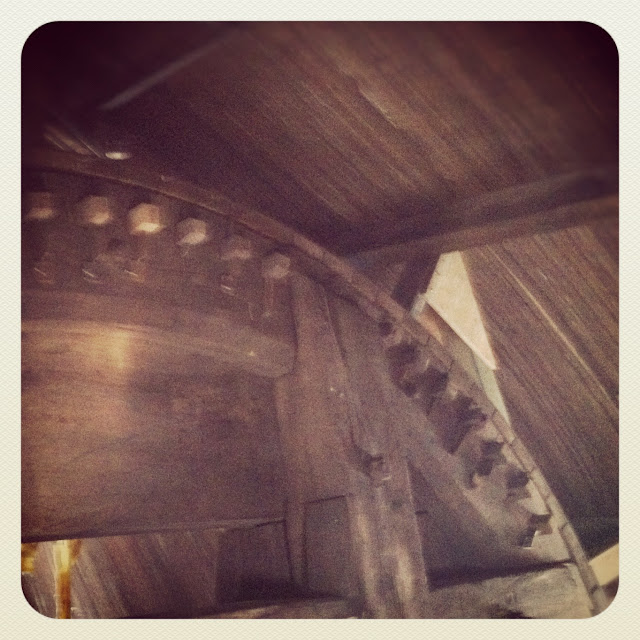 De Zwaan actually had taken in some wheat earlier in the year from Primrose Farm in Illinois to grind and return to the farm. Now, I know Illinois isn't as local as Michigan grown wheat, but Primrose Farm is an historical living farm that plants and harvests using their powerful draft horses, and threshes using equipment and technology from the late 19th century. They aren't certified organic, but because they use methods of farming from before the introduction of synthetic chemicals to agriculture, their grains are grown naturally and without sprays. 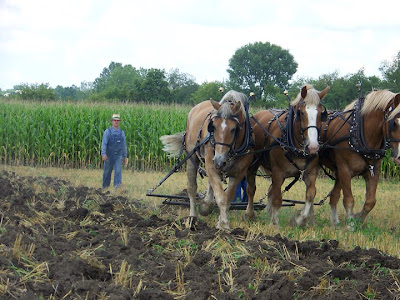 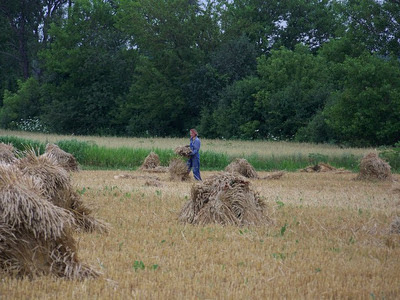 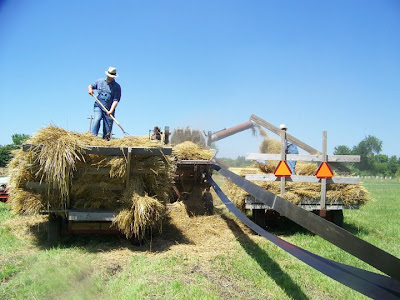 I borrowed these photos from the Primrose Farm facebook page where there is all sorts of information on their seasonal educational programs and their beautiful produce stand. 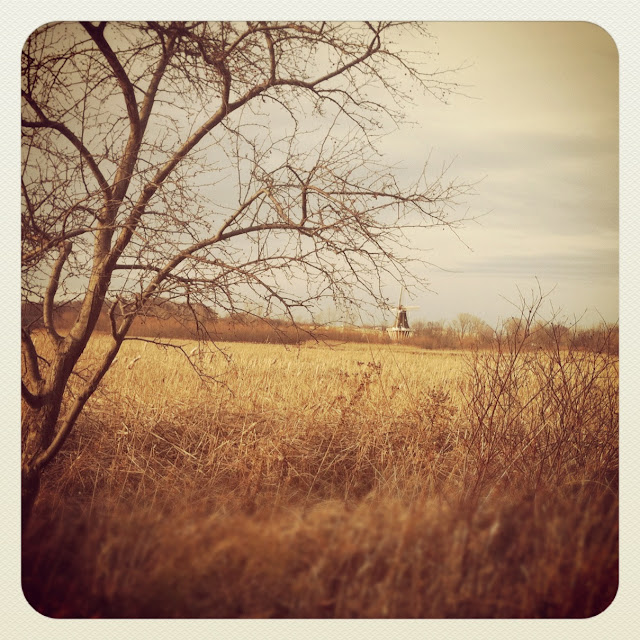 When Alisa offered me this amazing flour, which is not only from high quality grain but beautifully ground and sieved, I couldn't say no. I snatched it up and immediately began adjusting my recipes to accommodate the finicky nature of whole grain hard red wheat, laden with high levels of healthy proteins (as opposed to soft red wheat, which is higher in starches). I am happy to sacrifice the simplicity and ease of baking with soft wheat to know that I am using a sustainable and natural product farmed using methods from before my grandparents were born.


Using such amazing flour has really inspired me to examine the concept of modern Craft as opposed to craft. When something is made by a person so intimately involved, you can feel it, see it and in this case you can even taste it. The products that I bake with this flour are often very hardy and tend to want to be heavy, but through careful recipe balancing (and rebalancing, and rebalancing - heh) I've worked hard and produced delicate and delicious results.


(Of course, you know now I'm researching planting one of the back strips in wheat this year... I'd love to be even more involved with the flour I use!)
Posted by Emily Jenkins at 7:08 AM